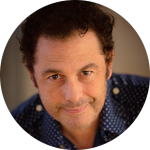 In celebration of International Women’s Day 2022, ACTRA is shining a spotlight on ACTRA Maritimes member Juanita Peters by naming her the 2022 ACTRA National Woman of the Year. “We are proud to honour Juanita Peters as the ACTRA National 2022 Woman of the Year. Juanita, a Nova Scotian living in Dartmouth, has an extensive body of work as a performer, director, writer, journalist and documentarian,” said ACTRA National President Eleanor Noble. “She began her career as a news reporter and anchor for CBC News in the ‘80s and ‘90s and she is the current Executive Director of the Africville Museum in Halifax, Nova Scotia.” Juanita directed on the CBC show Diggstown last year, and also directed 8:37 Rebirth, the multiple award winning feature film, developed by ACTRA Maritimes member and producer Hank White.

And as we enter the first days of spring, I am pleased and delighted to welcome Gillian Everill to the position of Branch Representative with ACTRA Maritimes. Gillian comes to ACTRA from her position of Manager, Business Affairs, Big Motion Pictures Limited and Two East Productions Inc. Gillian has also held positions on-set as a producer and camera assistant during her career, and I know Gillian as a great writer as well, having attended the PEI Screenwriters’ Bootcamp at the same time a few years ago. Gillian is well versed in our industry and has established working relationships with many stakeholders within the Maritimes that will compliment her new role.  Please join me in wishing Gillian every success!

We have been very fortunate to have Marlene Cahill from ACTRA Newfoundland assisting us as well this past year, and our ACTRA Maritimes Council thanks Marlene for her amazing leadership and all of her hard work on our behalf. We also thank ACTRA Alberta for their unwavering support throughout this past year. And yes, Past-Business Representative Eva MacGregor has been back and working on contract in our office. Eva has been processing paperwork with her legendary attention to detail and accuracy, and assisting with training for Gillian and Sian, and sharing her wealth of knowledge. Eva will be with us for a little longer, before working this spring on a new television series, part of the great recent news about the Nova Scotia Government, investing in Film Industry growth.

This is very exciting and positive news for our industry, with the following productions currently filming, and others to be filming this summer:

We are also excited about the PEI Film Production Fund (PEIFPF) announced last year, which “includes funding for both local and out of province film producers; training provisions to encourage the development of a local film crew; and a new PEI Storytelling Development Fund to support the creation of screen-based script projects by Island filmmakers and writers”. It is our current understanding that some of the filming for Diggstown Season 4 may be PEI based as well!

In other news, ACTRA Maritimes Member Liise Keeling has been appointed as the National Stunt Committee Representative for the Maritimes. Liise had been working with Sian in our office and Glenn Redmond (stunt performer and animal trainer from Newfoundland), and we will have a Stunt Information session and Stunt Portal on our ACTRA Maritimes website coming soon. We are looking forward to having other members of our ACTRA Maritimes stunt community joining Liise as we develop these new tools and resources. One of our goals is to create new awareness of the National Stunt Committee, and to encourage and develop more representation from our region.

And yes, it is that time of year again for our ACTRA dues. Dues invoices for 2022-2023 have now been sent by e-mail to all ACTRA Full Members. (ACTRA Apprentice members have renewal dates based on the calendar month when you joined, so watch your e-mail throughout the year as well for your dues invoice)  ACTRA members are part of the strongest, full-service cultural union in Canada – a union that has negotiated some of the strongest collective agreements for performers in the world. It is thanks in part to the dues you pay that ACTRA can continue to negotiate and enforce our world-class collective agreements and protect and promote you and your rights as a performer.

Please also keep an eye on your inbox for important National Commercial Agreement (NCA) 2022 updates, as well as actions you can take to support our NCA Negotiating Committee.

If you would like to help reinforce the value of being a part of ACTRA, help spread the word about our new, national You’re in Good Company campaign. When we stand together, we make things better for all performers.

Thank you for supporting the work of our union and wishing everyone a great filming year!

© 2022 ACTRA. All rights are reserved and contents, in whole or in part may not be reprinted without permission. The points of view expressed do not necessarily represent those of ACTRA.